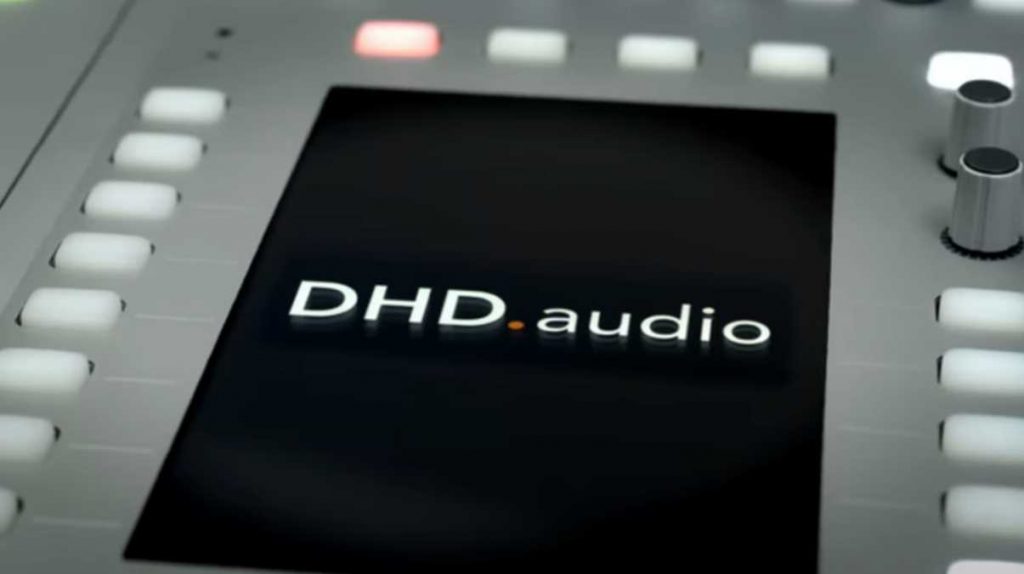 DHD announces an expansion of its global customer support base with the appointment of Syncrotech Systems Pty Ltd as master distributor for Australia and New Zealand. Founded 30 years ago, Syncrotech specialises in the supply of individual products, complete systems and supporting services for radio and television broadcasters, as well as the film, video and audio production sectors.

“DHD has achieved global recognition for its audio mixing, routing and control products, which allow complete systems to be created on any desired scale,” comments Paul Heaton, Syncrotech’s Managing Director. “We will be offering the complete DHD product range, from the compact SX2 mixers and TX touch-screen controllers up to the 96-fader RX2, plus the individual modules that make DHD systems so flexible to configure.” (See full article)

FOX SPORTS doubles down on Calrec with brand-new Artemis console 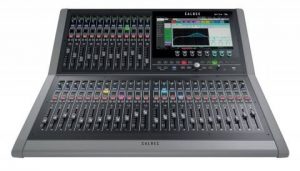 The show airs live at 8am on Sunday mornings, during a non-advertising time in New Zealand. The two hours consist of fun, mess, games, mess, skits, and more mess — all in front of a live studio audience. The show regularly hosts celebrities and live performances of all types.

For the 2018 season the decision was made for the first time in What Now’s 36 year history to take all 40 live shows on the road, bringing the show directly to the children of New Zealand. For these we are building an OB Truck to tour with the show. Due to its size, our current audio console (an Innoverson SY80) was deemed too big, as well as starting to show its age. To replace it, I began the search for a new audio console. Like most people looking for a lower budget compact audio console, I looked at options of consoles from the live PA market, such as Yamaha. However these lacked the power and flexibility that a show like ‘What Now’ requires, where no two shows are the same and the script is more of a guideline. The Calrec Brio became the logical choice because it was the only one to offer the power and flexibility of a larger broadcast console but at the budget and size of the smaller consoles normally put in small to medium OB trucks. Having built in loudness meters and detailed metering will negate the need to buy external meters. The flexibility and number of faders allows our operators to have fast access to everything which is critical in an unpredictable show. As well, having show files which each of our operators can have their own user file in as well as show template files is a bonus when using multiple freelance operators. (Courtesy Whitebait Media – Tim Murdoch)

Calrec Audio has announced the international debut of Brio12, a compact, 12-fader audio mixer, at Inter BEE 2017. Brio12 has the same powerful feature set and mix capabilities as its larger sibling, Brio36, which has seen unrivalled success in the region.

Brio12 meets the demand for a broadcast mixer that can be used in very tight spaces like small vans and compact control rooms, and at under 450mm or 18” wide it is slim enough to fit into standard racks or be stowed out of the way when not in use.

“Brio12 is perfect for small-scale productions, or as a sub-mixer or backup mixer for larger productions,” said Peter Walker, Calrec’s product manager for Brio. “Inheriting a rich feature set and powerful surround capability from its larger sibling, Brio12 removes the limitations on ambition and creativity imposed by mixers of comparable size and price-point.” See full article 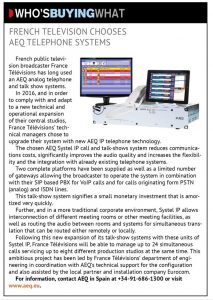 Que Audio launches online store for it’s Austalian customers.  The store will allow purchase of Que Audio products online giving our customers greater purchasing choices.  As a result it allows Que Audio to reach a larger customer base in Australia and supports Paypal, Mastercard and Visa amongst others.  Please visit our online store at http://www.qmicrophones.com

Calrec’s Brio has an early kick-off 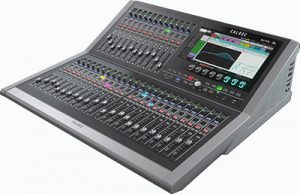 Calrec Audio’s Brio, is now shipping — but not before making its broadcast debut a whole week before its official launch. Video Europe needed an early delivery of the new console for its live coverage of the season-opening match. The match between English Football League Championship clubs Nottingham Forest and Burton Albion. See full article 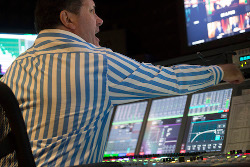 Marco Pelloni,  the Senior Audio Director (Studios) at Fox Sports in Sydney discusses his career path, changes he is seeing in the way TV sound is being captured, mixed and delivered to audiences, the use of audio console to overcome the challenges of modern live broadcasting, the biggest shifts that have changed the way you work, and cultural differences in the way he approaches his job since moving to Australia.  See full article

For more than 50 years, Television New Zealand (TVNZ) has served up an outstanding array of programming to Kiwi viewers — and for almost half of that time, the national broadcaster has placed its trust in Calrec Audio. TVNZ has just installed its latest investment in Calrec, a brand-new Artemis Light audio console and a Concord processor upgrade on the network’s existing Artemis Beam desk. See full article 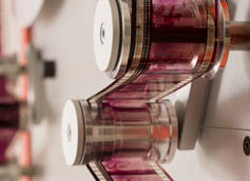 The National Archives of Australia installs two Sondor OMA E soundfollowers. They join major film archive and restoration facilities around the world for using Sondor OMA E. The Sondor allows transferring magnetic and optical soundtracks – in whatever condition they may be. Sondor has payed attention to every detailed design of the mechanics and electronics of the film transport. In addition it makes the most of even severely deformed and shrunk magnetic and optical tracks. 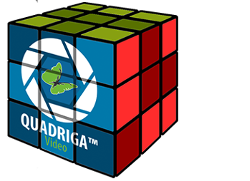 Cube-Tec pilots Quadriga Video for the quality-controlled transfer of video tape contents into archive files.  QUADRIGA Video supports ingesting of up to four parallel video tape streams and is optimized for easy handling.  The system offers a variety of production formats as well as on the fly JPEG 2000 lossless encoding and uncompressed coding. 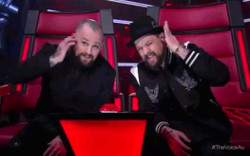 Que Audio’s DA12 BE Headworn Microphone, is a favorite amongst the judges on the Nine Networks “The Voice”.  Que Audio’s DA12 mics are being used on Australian “The Voice” production and look so discrete you can barely notice them! “Amazing Mic’s! By far the best sounding headsets we’ve ever used.” – The Voice Australia sound guru.